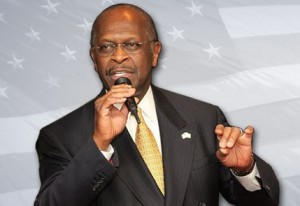 Mediate admits this has not been verified, but take a listen and decide for yourself, here.

My thoughts?  I didn’t have time to listen to much but 1) it sounded a lot like him, and 2) it was competently but not awesomely sung.  Both of those opinions are subject to change when I have the time to actually, you know, listen to it…

Update: Forgot to Hat Tip Althouse for that one, and one of her commenters noticed the same misuse of the term “refute” that Steven Den Beste notices in the comments.  GMTA.

Of course a Kinsley Gaffe is defined as when a politician accidentally says the truth and boy howdy did Leon Panetta do that!

Defense Secretary Leon Panetta on Monday appeared to justify the U.S. invasion of Iraq as part of the war against al-Qaeda, an argument controversially made by the Bush administration but refuted by President Obama and many Democrats.

Panetta made his remarks during his his inaugural visit to Iraq as Pentagon chief. Speaking to about 100 soldiers at Camp Victory, the largest U.S. military installation in Baghdad, he said his primary goal as defense secretary was to defeat al-Qaeda worldwide.

“The reason you guys are here is because on 9/11 the United States got attacked,” Panetta told the troops. “And 3,000 Americans — 3,000 not just Americans, 3,000 human beings, innocent human beings — got killed because of al-Qaeda. And we’ve been fighting as a result of that.”

His statement echoed previous comments made by President George W. Bush and members of his administration, who tried to tie Saddam Hussein’s government to al-Qaeda.

He tries to walk it back a little bit in the article, but it can’t be undone.  It was too deliberate a statement.  Plainly, he accidentally told us what he really thought about it.  And I will remind you that he was head of the CIA.

But then again, Panetta has a history standing up and telling the truth that liberals deny.  For instance, after the death of bin Laden, it was Panetta who admitted that waterboarding gave us information that led to bin Laden.  And in a weird way, I really respect that.

Update: And for bonus points, the WaPo misstates the finding of the 9-11 Commission:

But it put Panetta at odds with President Obama, the 9/11 Commission and other independent experts, who have said there is no evidence al-Qaeda had a presence in Iraq before the U.S.-led invasion in 2003.

Except that it isn’t what they said.  Of course, the report did say on page 83 that there was no evidence of a “collaborative operational relationship.”  But for instance on page 78, they there was an al Qaeda offshoot operating in Kurdistan and the commission suggested that they were aided by the Iraqi regime in attacking “the common Kurdish enemy.”  Which kind of contradicts the claim of no presence, doesn’t it?

Tribe to Geithner: Yes, You Did Imply That the Fourteenth Amendment Allows You to Increase the Debt Without Congressional Approval

As you might remember, first Prof. Laurence Tribe corrected Geithner and others on their interpretation of the Fourteenth Amendment, stating that nothing in it abrogated the statement in Article I, Section 2, Paragraph 2 of the Constitution that only Congress can borrow money on the credit of the United States.  The General Counsel for the Treasury Department responded claiming that Geithner was not implying that he would unilaterally increase our debt.  And now Tribe has responded, in a letter to Jack Balkin for publication:

I just read the following post on your blog regarding the presumably sincere but (to my mind) unconvincing attempt by Treasury’s GC to walk his boss back from the constitutional (if not the fiscal) brink. I’m of course delighted that Secretary Geithner is (and claims always to have been) in agreement with you and with me that the Constitution squarely places borrowing authority with Congress, not with the President, so that Sec.4 of the Fourteenth Amendment gives the President no constitutional “silver bullet” here – although, as you rightly stress, the Constitution does give us all a strong basis to insist, as you put it, that “Congress is not living up to its constitutional obligations” when it plays Russian roulette with the public debt.

That said, there remains the question whether the Secretary was at least suggesting until very recently, as I said he was in my op-ed, that the President might have a constitutional option that he might be legally free to exercise unilaterally. From my perspective, the importance of showing that this option was illusory was heightened by the fact that it wasn’t just a pundit or a professor here and there who was dropping that hint but the Secretary of the U.S. Treasury who appeared to be doing so.

In that regard, I’m attaching the letter I sent on Friday afternoon to Secretary Geithner’s chief of staff, Mark Patterson, to set the record straight after Mr. Patterson phoned to chastise me for attributing to his boss a view at which the chief of staff insisted the Secretary had never hinted.

And do read the whole Balkin post.  But I take two things out of all of this.

First, it is very hard not to believe that Geithner was suggesting that they do exactly that—use the Fourteenth Amendment to ignore the debt ceiling.  After all, when Tribe criticized this view, they were very quick to correct that statement.  But on the other hand, Geithner’s initial comments were made last month, and as Tribe notes, “it was widely understood and reported at the time, and since, that the Secretary was suggesting that he regarded the constitutional option, as something the Executive Branch might deploy to ensure that a default ‘not . . . happen,’ as being very much on the table.”  The point, and Tribe alludes to it, is that Geithner at the very least happily let everyone interpret his remarks that way and it was only when Tribe made that position look ridiculous and unwise, that he suddenly felt the need to disavow that position.

Second, I find it interesting that Tribe is still pursuing this point.  It would have been very easy to say to himself, “whether he meant his implication or not, he is not going to do it now, so my work here is done.”  Instead Tribe felt the need to publicly correct Geithner, again.

Day Thirteen of Stengel-gate: The American Constitution Society Embarrasses Itself For Richard Stengel

Update: Posted at Big Government, too.

Just as a quick backgrounder, a few weeks back Time magazine published, as its cover story, an article by Richard Stengel on the Constitution.  Reading it, I was stunned to discover fourteen clear factual errors in his piece, and I have been on a bit of a crusade since then to force Time to either correct or retract the article.  And in the process I have been examining how other media outlets and organizations have treated Stengel.

Now, on the right we have the Federalist Society, a group of generally conservative scholars and other interested citizens devoted to the preservation of the Constitution.  So the left decided it needed an organization like this too, so someone formed the American Constitution Society (ACS), meant to be a liberal alternative to the Federalist Society.  (This shouldn’t be confused with the National Constitution Center, which by all appearances is an unrelated entity.)  They state on their website that:

The American Constitution Society for Law and Policy (ACS) promotes the vitality of the U.S. Constitution and the fundamental values it expresses: individual rights and liberties, genuine equality, access to justice, democracy and the rule of law. The abiding principles are reflected in the vision of the Constitution’s framers and the wisdom of forward-looking leaders who have shaped our law throughout American history.

So they seem to care about the Constitution itself, or at least that is the implication.  So I found it curious that their website presented Richard Stengel’s piece on the Constitution without any criticism.  Go ahead, read their blog entry announcing Stengel’s piece.  It’s not long.  If they aren’t endorsing it (and it sure sounds like they are), they are definitely promoting it and without the slightest hint of criticism.

But even worse than that, they actually quote from this passage, again without a word of criticism: