“It’s an amazing world” is the semi-diplomatic response Christie gave when asked by Jimmy Fallon if Palin could be president.  You get the feeling that he thinks it would be ridiculous, but didn’t want to say it.  I also chuckled at his explanation for why he didn’t want to be President: “why would I want a less powerful job than the one I have now?”  Interesting point of view…

Still the real fun of this video is to watch him respond to Fallon for his joking dig at New Jersey.  Some have said he was imitating Joe Pesci inGoodfellas, but I was reminded more of De Niro in Meet the Parents.  The joke in Parents was how scary De Niro’s character was with his CIA background and DeNiro’s natural ability to communicate menace.  And to Christie’s credit, he did a good job doing a similar thing.

Well, either that or we will find Jimmy Fallon’s body floating in the East River.

IP is lawyer talk for “Intellectual Property” which refers to more or less copyright, patents and trademarks.  And it’s important to remember that every single rule protecting these rights is also a restriction on freedom of expression.  I mean I think it is justified when used properly.  I mean, for instance, if you want to read good novels, then you need to make sure the author is paid for his work.  But if there were no laws preventing people from illegally copying that work, then you could literally destroy a writer’s entire income stream. And if writer can’t make money writing books, they are less likely to write books.  Of course the blogosphere is equally proof that a lot of people like to give their writing away for free.  Still within reasonable limits, I support the idea of IP law.

But sometimes it goes too far.  For instance, today I learned that Facebook is set to trademark the word “Face.”  Now there is some suggestion that this might be limited to online, but really?  The word “face” all by itself?

I am no IP lawyer, but what I do understand about this area of law suggests that this trademark is unlikely to be upheld in a court of law, whatever the trademark office says.

The irony is that Facebook was in fact the victim of a very real trademark violation a few months back.  As I wrote at Everyone Draw Mohammed: 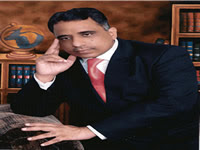 Sorry for the distortion, but that is how he appears on his facebook page.  Oh, whoops, I meant Millatfacebook.  This trademark infringing page has been set up as [a muslim] alternative to facebook, and what do you know, he is part of the team that runs it.  Now if I googled his name, where else do you think his name might show up?  Hmm…  Let’s give it a try…  Well you get stories like this:

And then I went on to quote this article:

“The court has ordered the government to immediately block Facebook until May 31 because of this blasphemous competition,” Azhar Siddique, a representative of the Islamic Lawyers Forum who filed a petition in the Lahore High Court, told Reuters.

Well, isn’t that a funny coincidence?  The guy who is working hard to ban facebook—not just the offending pages, but all of facebook—just happens to run a website that not only competes with Facebook, but in fact blatantly violates its Trademarks.

But I am sure that is all a giant coincidence.  I am sure the fact that this guy is trying to launch a competing international website has nothing to do with his desire to censor all images of Mohammed. Nah, I am sure his motives are as pure as new fallen snow.

I followed up on the issue, here.  The main highlight is that since then they changed their name to milatbook, and googling around today, it appears that the site no longer exists, though I could be wrong.  Whether threatened legal action played any role in that disappearance is a matter of speculation.

But all of this highlights one of the reasons why we can’t have laws like Pakistan’s anti-blasphemy law: because corrupt persons can then use such laws to their political, or business advantage.

Oh, and incidentally, in case you are wondering how a Pakistani Constitution that guarantees freedom of religion can be construed to make blasphemy of Mohammed (pedophilia be upon him) a capital offense, Mr. Siddique has a theory:

Judicial creativity must fill the gap between the existing law and the law as it ought to be. The constitution as the grundnorm should be interpreted according to current societal standards.

Ah, living constitutionalism is clearly the best way to permanently secure our rights.

In other IP related silliness, remember that viral video of that man singing “What What (in the Butt)?”  Well a while back on South Park the kids decided to make their own viral video, so Butters made his own rendition of the song in a parody of the original.  And now the company that made the original video is suing the makers of South Park.  Apparently they never heard of a little case called Hustler Magazine v. Falwell.  Oh, but that is right, liberals, you believe that corporations have no right to freedom of expression, so I suppose you think Falwell was wrongly decided?  Falwell should have won, right?

And finally you get to find out what I meant by the title of this post.  Nintendo is seeking to trademark the phrase “It’s on like Donkey Kong.”  Now I could go on about the silliness of suddenly deciding you own a phrase that has been slang for years, but instead I think I will like Stephen Colbert do the mocking for me.

Three Cheers for Not Flying Today

If you are flying today, I do not envy you. May your security line wait be under two hours.