Update: Instalanche and Driscollanche!  So, um, bear with us, I suspect things might go slooooow…

“Blazing Catfur” is a blogger I have known since the Everyone Draw Mohammed controversy.  He says he is being sued by Richard Warman.  Followers of Mark Steyn and Ezra Levant’s fight with the Canadian Human Rights Commission will recognize the name.  One example of Steyn’s many columns on the man can be found here.

So Catfur says he is being sued in part…  for linking to a Steyn article.

Does that make any fraking sense to you?

Anyway, we all know that defending yourself, even from a bogus suit, costs money.  So if you are inclined to help out a guy out in need, he really could use a few bucks to help him defend himself and he tells you how, here.

Oh, and this cartoon from the Everyone Draw Mohammed day seems appropriate: 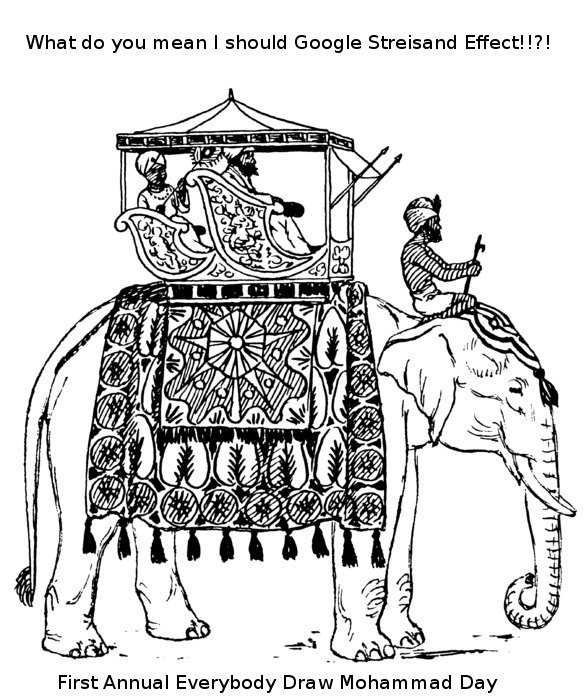 [Posted and authored by Aaron Worthing.  No I did not draw this cartoon.  It was given to me during the Everyone Draw Mohammed Day event, and I thought it was really appropriate.]