The Austin American-Statesman says the Big 12 is history:

“One highly placed Big 12 school official said there was no doubt that league members UT, Texas Tech, Oklahoma and Oklahoma State would join the Pac-10.”

UT’s Regents meet at 11AM Tuesday and Tech’s meet at 2PM, but A&M officials have not scheduled a meeting and remain divided.

That’s right. Boehlert whines and moans about Andrew Malcolm calling President Obama mean names, like “Smoker-in-Chief.” Then he cross-publishes his post at a site called “The Smirking Chimp.” On the masthead is a picture of former President George W. Bush, with a “return to sender” stamp across his face.

It’s irony so rich, you won’t have room for seconds!

UPDATE: Boehlert has taken to Twitter to deny the charge that he cross-posted his whine about civility:

If @patterico were any dumber, it would hurt. I didn’t “cross publish” my column at Smirking Chimp, idiot.

Boehlert’s post — which is posted at “Eric Boehlert’s blog” at The Smirking Chimp — decries Andrew Malcolm’s failure to maintain a “clean, dignified and civil tone.”

Is he doing some kind of subtle parody of himself? Help me out here.

CNN pins down how President Obama put politics first when he missed a Gulf memorial service to jet off to a Barbara Boxer fundraiser back on May 25. Today Obama resumed his political quest to blame someone else for the Oil Spill, in this case the Tea Partiers:

It’s everyone’s fault except Obama’s. He even blamed the media for focusing on his lack of passion because it makes “good TV.”

Expecting government to do its job in cleaning up the BP Oil Spill is not a justification for Obama’s massive deficits; his takeover of the banks, the car industry, and healthcare; or his repeated bailouts, pork, and stimulus projects. Except to Obama.

“Saudi Arabia has conducted tests to stand down its air defences to enable Israeli jets to make a bombing raid on Iran’s nuclear facilities, The Times can reveal.
***
“The Saudis have given their permission for the Israelis to pass over and they will look the other way,” said a US defence source in the area. “They have already done tests to make sure their own jets aren’t scrambled and no one gets shot down. This has all been done with the agreement of the [US] State Department.”

I hope this U.S. defense source wasn’t the Times‘ only source. I also hope that if Israel does conduct an airstrike against Iran, President Obama will side with the Saudis and the Israelis instead of Iran and its enablers. For one of the few times in my life, I’m not sure which side the American government would support.

But at least now we know the old saying is true: “The enemy of my enemy is my friend.”

Via Hot Air, Hallmark has responded to NAACP objections to a 3-year-old graduation card by pulling the card from the shelves:

Hallmark claims the card is about the solar system and includes the phrase “black hole.” The NAACP insists the wording refers to “black whore” and is offensive to black women.

I’m not surprised Hallmark decided to pull the card instead of standing firm. After all, there aren’t many American companies that are more mild-mannered than Hallmark. They’re just lucky the card didn’t use the word niggardly.

BP’s directors will meet Monday to decide whether to issue its quarterly dividend, followed by a meeting Wednesday between BP executives and President Obama:

“BP directors will meet on Monday to discuss whether to suspend dividends to shareholders, the BBC has learned.”

BP’s 10 largest shareholders represent interests from around the world, including a Los Angeles investment group. Many shareholders are British pensioners but there are a significant number of American investors, too, including the Southeastern Pennsylvania Transportation Authority (SEPTA) that runs Philadelphia’s transit system and has already sued BP.

Not paying this dividend may help BP’s image in the President’s eyes (and inflate Obama’s view of his power), but it won’t help the retired pensioners who depend on dividends to pay their bills. It won’t do much for U.S.-British relations, either.

The big story of the day? Carly Fiorina’s talk about Barbara Boxer’s hair:

“Video of the episode shows Ms. Fiorina waiting to be interviewed by a Sacramento television station, scrolling through her BlackBerry and asking a staff member why Ms. Whitman would want to appear on Sean Hannity’s show on Fox News, which she deemed too tough an interview.

Then, after commentary on the passion for hamburgers shared by her husband and male staff members, Ms. Fiorina somehow pivoted to the locks of her Democratic opponent.

“Laura saw Barbara Boxer briefly on television this morning and said what everyone says, ‘God, what is that hair?’ Soooooooo yesterday,” Ms. Fiorina said, scrolling, scrolling.”

I don’t have much hope for Fiorina if she thinks Hannity would be a tough interview, but I would like to hear the losing side of the “vigorous editorial debate” about her comment — discussed in the article. Also per the article, I’d like to know how the New York Times decided that Greta isn’t “warm and fuzzy toward Democrats.” Does anyone at the Times actually watch Fox?

Flash floods in Arkansas — in an area where up to 300 people may have been camping — has claimed 16 lives with dozens more missing. TV reports suggest that many of the victims were families camping with their children.

UPDATE — This ABC report says 20 are dead with dozens more missing. It appears the area impacted the most is the Albert Pike federal campground:

“The Caddo and Little Missouri rivers — two normally gentle waterways — rose by 20 feet overnight, engulfing the hikers and campers who were spending the night in tents along the rivers in the isolated Ouachita Mountains.

“Within ten minutes the water had rose and campers were floating down,” Hofer told ABC News. “If they didn’t get out of their camper within five, ten minutes, they weren’t getting out.” 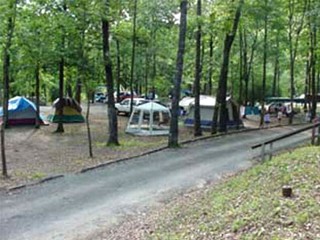 There’s an interesting story out of Colorado regarding who is responsible and authorized to act in an emergency situation. Here are the facts but read the whole thing:

“[28-year-old rafting guide Ryan] Snodgrass’ raft flipped on the runoff-swelled Clear Creek around noon Thursday and the [13-year-old] girl swam from the raft. [County Sheriff Don] Krueger said the girl was missing for 30 to 45 minutes while Snodgrass searched for her. He said she swam a half mile from the spot where the raft capsized.”

Apparently Snodgrass called authorities for assistance and continued the search. As officials were arriving and setting up, Snodgrass spotted the girl across the river and swam to her. He was subsequently arrested for “obstructing government operations.” A law enforcement spokesman said that since the guide had lost contact with the girl, it was no longer the company’s rescue. The rafting company owner said his guides are trained for swiftwater rescues and it was their responsibility.

I’m glad there was a good outcome for the girl. And while I know people need to obey law enforcement orders so they don’t have to rescue 2 people instead of 1, this is strange result.